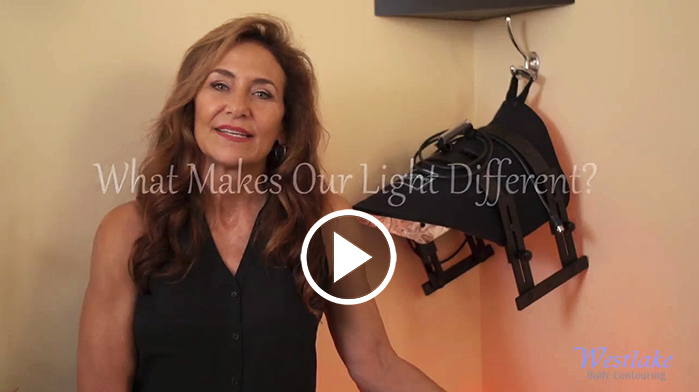 Is Light Therapy For Me?

If you feel that you would benefit from having tighter skin or maybe lose some inches without the down-time of surgery, we would like to introduce you to something called Light Therapy.
Light Therapy is not necessarily a new technique or therapy, but its use in this way is revolutionary. In the past light therapy has been utilized in reducing pain and promoting healing in wounds, and even in the stimulation of hair growth. 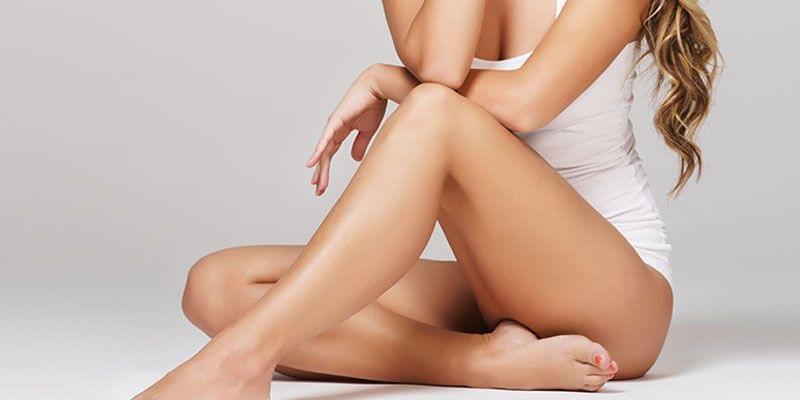 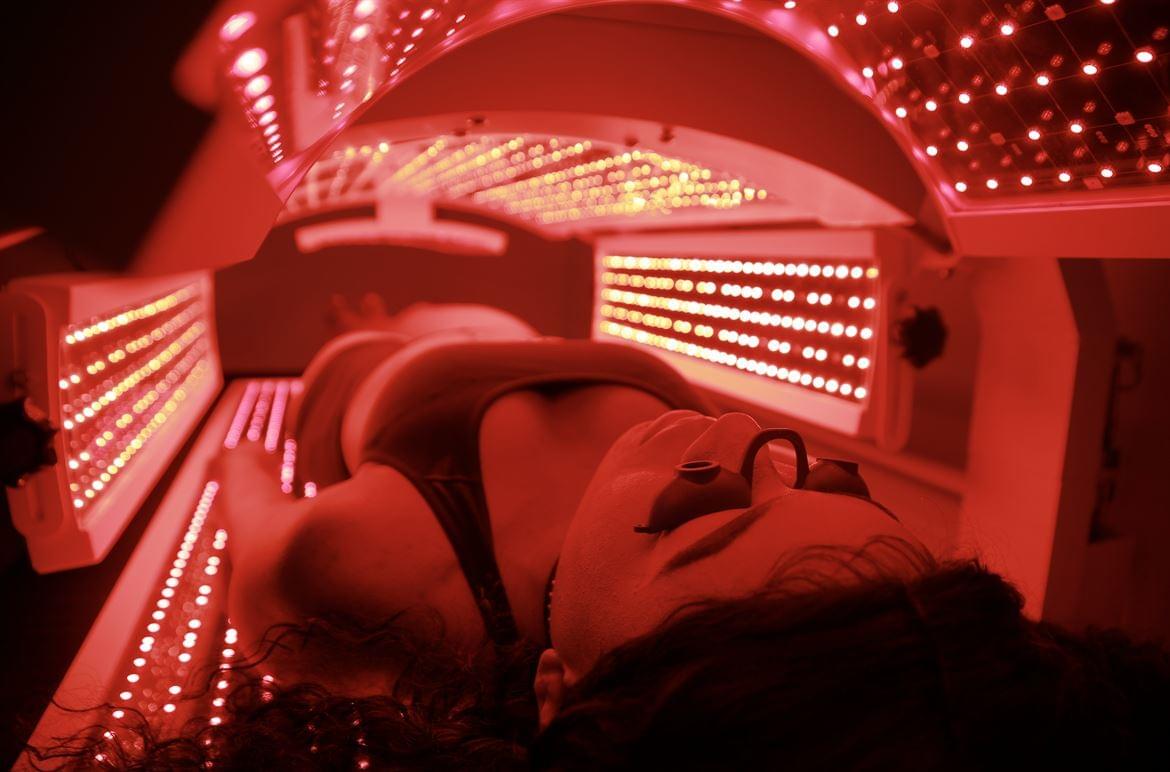 The revolutionary aspect of this is the use of Light Therapy on fat cells in the human body. Once these adipose (fat) cells are exposed to this specific 880 & 635 nm wavelength, up to 99% of fat can be released from your cells. This in turn can have as a result, literally inches gone and a substantial amount of reduction when targeting a particular zone in your body.

What makes our machine different from all the other machines on the market? We have a patented aspect to the pads with a reflective coating. With this reflective coating, the light is now redirected back to the tissues. No other device on the market has this capability. The amount of light energy emitted is now going to be multiplied by our reflective coating, giving you a much better result. No other machine on the market today carry both 635 & 880 nm on the same pad.
In our office, we use this advanced technology for fat loss and skin tightening on the body. We also use a Face Mask for skin tightening that increases collagen and elastin resulting in youthful looking skin on the face. Our newest updated technology allows us to treat chronic pain with lights 2x's stronger than ever before.

You Have Nothing To Lose, But The Pain

The Theory Behind The Science 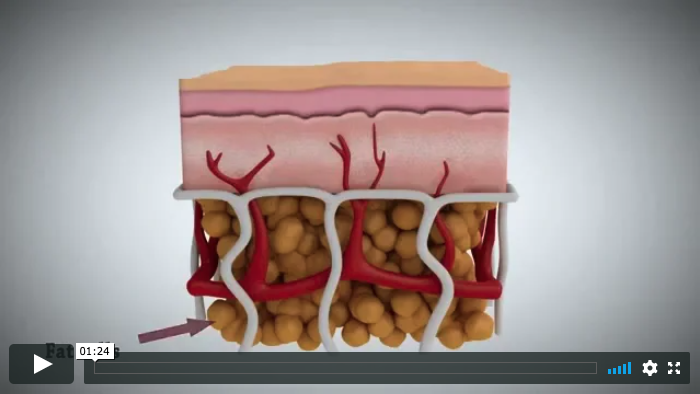 NASA uses Near Infrared light therapy with the military to help heal tissues and wounds in our soldiers. It's effective and tested for treatments on many conditions causing pain and inflammation. Light energy is not only essential to life, it provides powerful support to the body's natural healing process.
Our 635 & 880 nm wavelengths penetrates tissues at different depths and is naturally absorbed by the cells as it helps with ATP. (Adenosine Triphosphate) ATP energy is required for cell repair and regeneration. This LED also facilitates the release of Nitric Oxide (NO). Nitric Oxide improves the body's natural blood flow circulation. It's a gas-signaling molecule that relaxes the arteries and reduces blood pressure. When you have improved circulation, this promotes healing and relieves pain.
Lorem ip

When the mitochondria of the fat cells are stimulated by the 635nm light energy, referred to as photo-biostimulation, a signal is generated that opens the transient pores of the cell wall, resulting in a release of the contents of the cell. These contents are triglycerides, fatty acids, and glycerol. At this point, the fat cell deflates much like a balloon that is emptied of its air volume. The cell contents are deposited in the interstitial region which is then carried to the liver, processed, and released to the kidneys resulting in the elimination of those fatty acids. If the patient is drinking a sufficient amount of water and gets minimal exercise immediately after the exposure to the light, their lymphatic system will be stimulated and their interstitial region will be flushed of the excess fatty acids. Once the interstitial area has been vacated of the majority of the fatty acids, the studies proved that the treated area of their body will become reduced in circumference. All patients will do a 10 minute session on the vibration plate immediately following each session.

The theory behind the 635 nanometer technology started in the late 1990's when a Columbian physician discovered that exposing a patient to mid-600nm light prior to liposuction made the procedure much easier to perform. The patients who were exposed to the light and underwent liposuction surgery immediately afterward had fat that was much easier to extract, as if it had been melted while still in their bodies.
To determine what occurred in this process, a clinical study was performed that involved fat cells from 12 subjects being exposed to 635 nm light energy. Within 6 minutes of exposure, 99% of the cell contents were released through the cell membrane wall, allowing these openings to release the contents of the cell. Additional clinical studies have proven that this release of the cell contents cause the patient to experience a reduction in the circumference of the treated area. One study involved 689 patients showing an average loss of 5 INCHES. 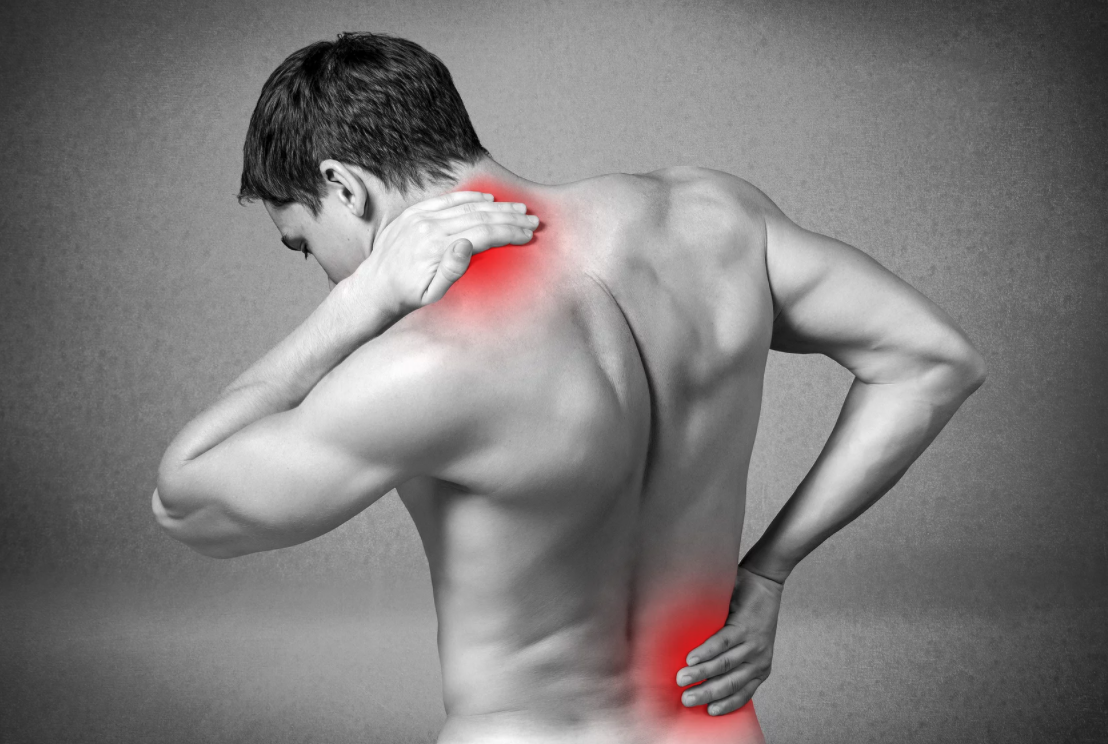 You Have Nothing To Lose, But The Pain 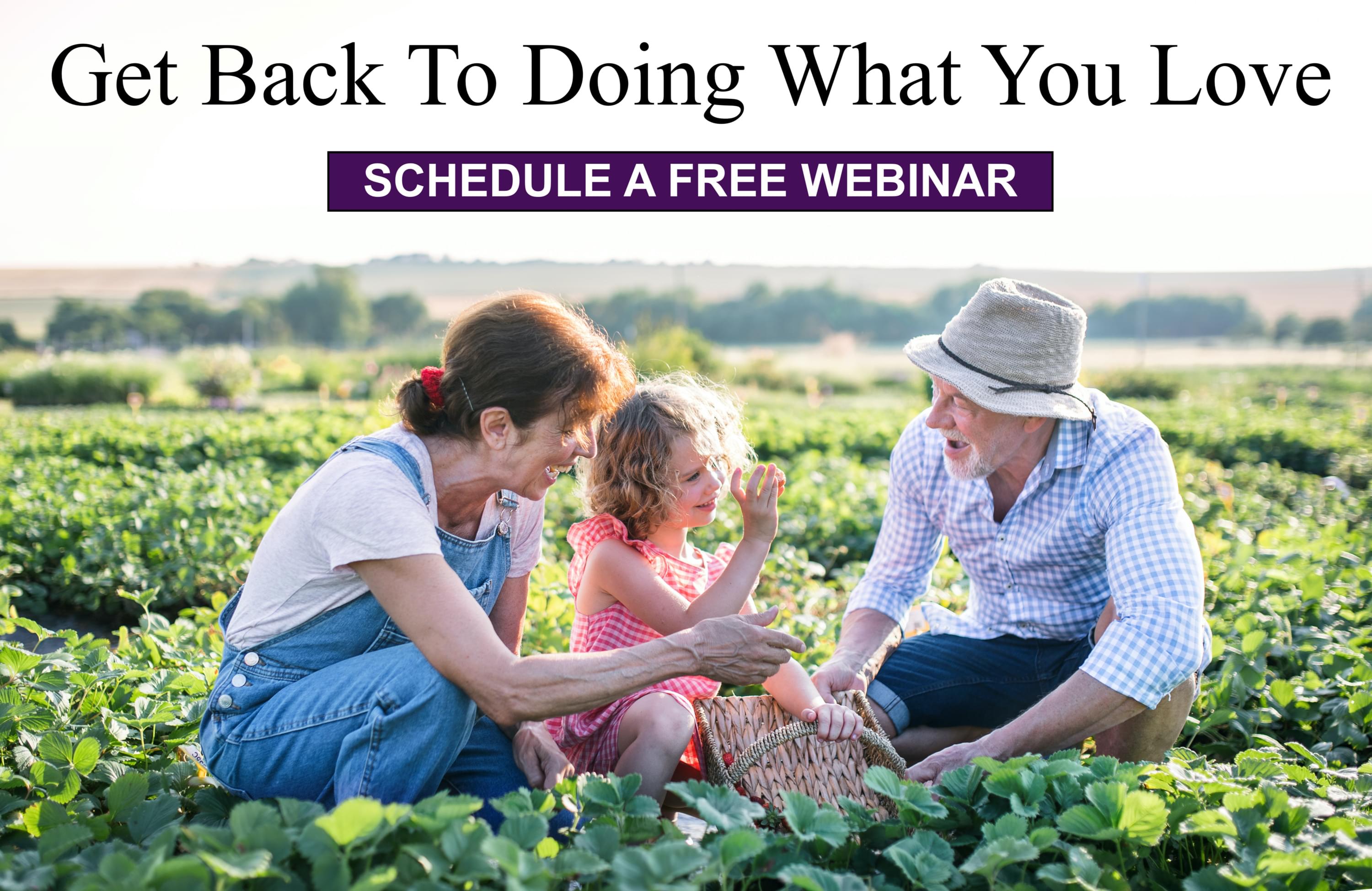